Three years after our first family vacation to Maine, we returned recently and once again chose Portland (www.portlandmaine.com) as our base. We really enjoyed the accommodations at the Embassy Suites last time, so that certainly helped with our decision when they had availability and the spacious two bedroom suite we had our eyes on. This was a significant upgrade for my family. The large living room in the middle was perfect for me to work late into the evening or early in the morning without disturbing anyone.

Portland is Maine’s business, financial and retail capital and the largest city in the state. Seascapes and cityscapes blend harmoniously in Portland, perched on a peninsula, jutting out into island-studded Casco Bay. The metropolitan hub of Maine’s south coast region, Portland is a progressive, lively city incorporating the character of yesteryear into a modern urban environment. Historic architecture blends gracefully with the new as you stroll along her working waterfront or the cobblestone streets of the restored Old Port section of the city.
With a metro population of 230,000, the Greater Portland area is home to almost one quarter of Maine’s total population. The city itself has 64,000 residents. Their economy is strong and bumper-to-bumper traffic and gridlock are unheard of. Portland is an easygoing city, with friendly, hardworking people. Ranked nationally as one of the ten safest, culturally most fascinating US Cities and one of the top cities for doing business, it is no wonder 3.6 million tourists a year visit, including 41,000 cruise ship passengers.

In the Old Port, great brick buildings, once warehouses for local merchants, now hold a myriad of original shops, galleries and restaurants. Its history intricately bound to the sea, Portland remains proud of its working waterfront and the celebrated beauty of its rock-bound coast. The waterfront provides access to the sea for commercial shipping and a host of pleasure activities.
Portland boasts a thriving arts scene and an exclusive Downtown Arts District. As one of the premier cultural centers in northern New England, Portland’s visual and performing arts rival those of regions much larger in size. Stroll through the world-class Portland Museum of Art, or wander the cobblestone streets in search of local galleries. Shop for gourmet foods in the bustling Public Market and in the evening dive into a nightlife that features award-winning local brews and a flourishing live-music scene. From classical to cutting-edge, performing and visual arts are vibrantly alive in Portland and infuse the region with a surprising sophistication. 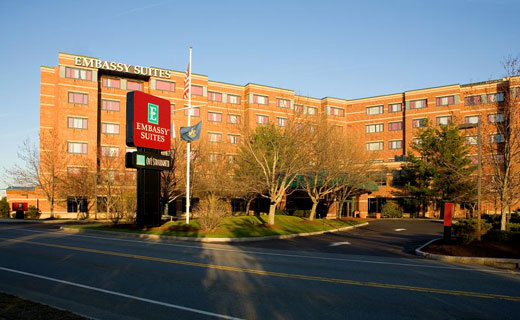 WHERE TO STAY: The Embassy Suites Portland, Maine hotel (www.portland.embassysuites.com) is centrally located and right next to the Portland Jetport. It is just four miles from the famed Old Port. Moreover, the hotel is just a few miles from Maine’s beaches and scenic walking, hiking, and biking destinations. What I like best is the easy five minute drive to the beautiful Maine Mall and known chain restaurants such as Ruby Tuesday’s, IHOP, Pizza Uno Chicago Grill, Friendly’s and even a Tim Horton.

All accommodations feature two flat screen televisions, a refrigerator, microwave oven and coffee maker, complimentary wireless high-speed internet access, two telephones and a comfortable work area with desk. There are 119 suites in the hotel. Only five are of the two bedroom variety so book those early. KTB Hospitality owns this hotel and five others in the state. 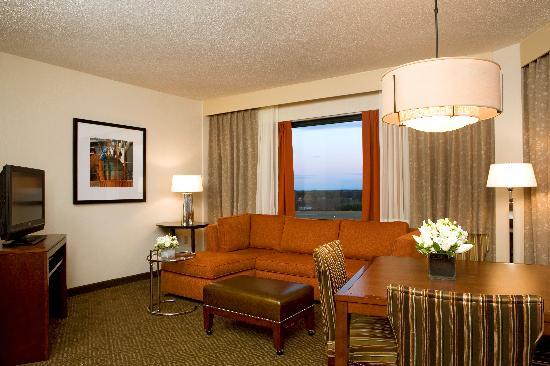 You can start your day here with a complimentary cooked-to-order breakfast, including omelettes and pancakes. Grab a bagel and coffee on your way to a business event or to Portland’s attractions. In the evening, the atrium lobby is the site for the complimentary Manager’s Reception. Here you can sip a cocktail or refreshing beverage and enjoy a variety of snacks. You also have the option of savouring fresh local seafood and American cuisine at Café Stroudwater, their casual restaurant. 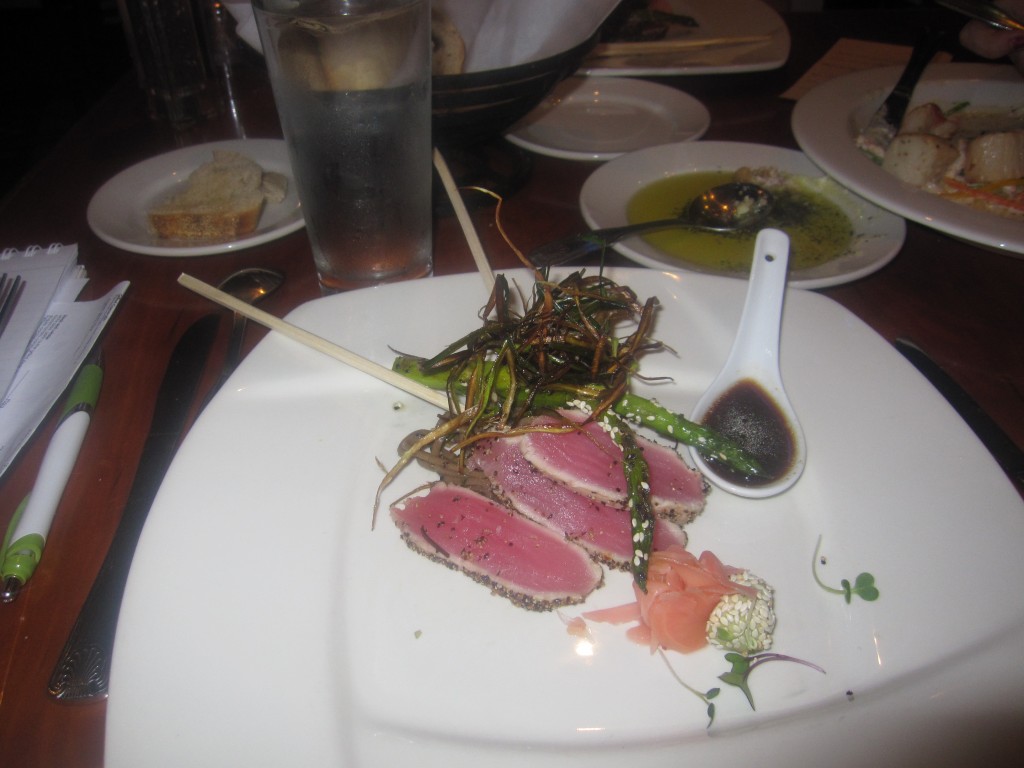 Looking to stay in shape? Work out in the state of the art fitness center or swim laps in the indoor pool, which as of this writing is about to get a facelift. The BusinessLink Business Center enables you to remain productive and manage work-related tasks. This is a popular spot to host a business conference or special event for up to 100 guests in one of their flexible meeting spaces. There is complimentary outdoor parking, always a bonus.

DINING: Greater Portland offers a robust selection of restaurants, specialty foods and brewpubs, totalling over 200 dining choices. The amount of money spent in restaurants per capita ranks third in the country, behind San Francisco and New York. Local foods are featured at century-old outdoor farmers’ markets, a new year-round public market, and at a variety of smaller specialty stores that offer a blend of prepared, imported and local foods. The microbrew industry is well represented in Greater Portland with nearly 20 breweries, some recognized nationally.
We were directed towards David’s Restaurant (www.davidsrestaurant.com), located at 22Monument Square in the Arts District. Owner David Turin is an award winning chef and artist in residence.
David’s has a pretty extensive menu, from an array of soups, salads and appetizers to meat, seafood and pasta dishes. There are also daily specials. One member of our party chose the open faced lobster “ravioli” which included Maine lobster, day boat scallops, Gulf shrimp, herbed ricotta and sherried lobster cream. Given the fact that the other two individuals at the table were having a very difficult time making any selections, we were offered a tasting menu. This was indeed a treat. It started off with some greens (arugula, spiced pecans, blue cheese, shaved red onion and black currant vinaigrette). I actually substituted that portion for a delicious blend of David’s clam chowder, containing thyme, brown sugar and bacon. A sampling of lobster was next, butter poached, with chanterelle risotto cake, citrus truffle and micro salad. This was followed by tuna (pepper crusted sushi rare, sesame peanut soba noodles, Szechuan citrus sauce and asparagus), sorbet (honeydew with cucumber vodaka), ravioli (forest mushrooms, leeks, shallots, oven dried tomatoes, goat cheese, arugula and Madeira truffle sauce), duck (crispy skin, garlic, ginger and soy with sesame spinach and mushroom risotto) and finally some ice cream (sea salt and caramel, chocolate sauce and crumbled chocolate cookies). 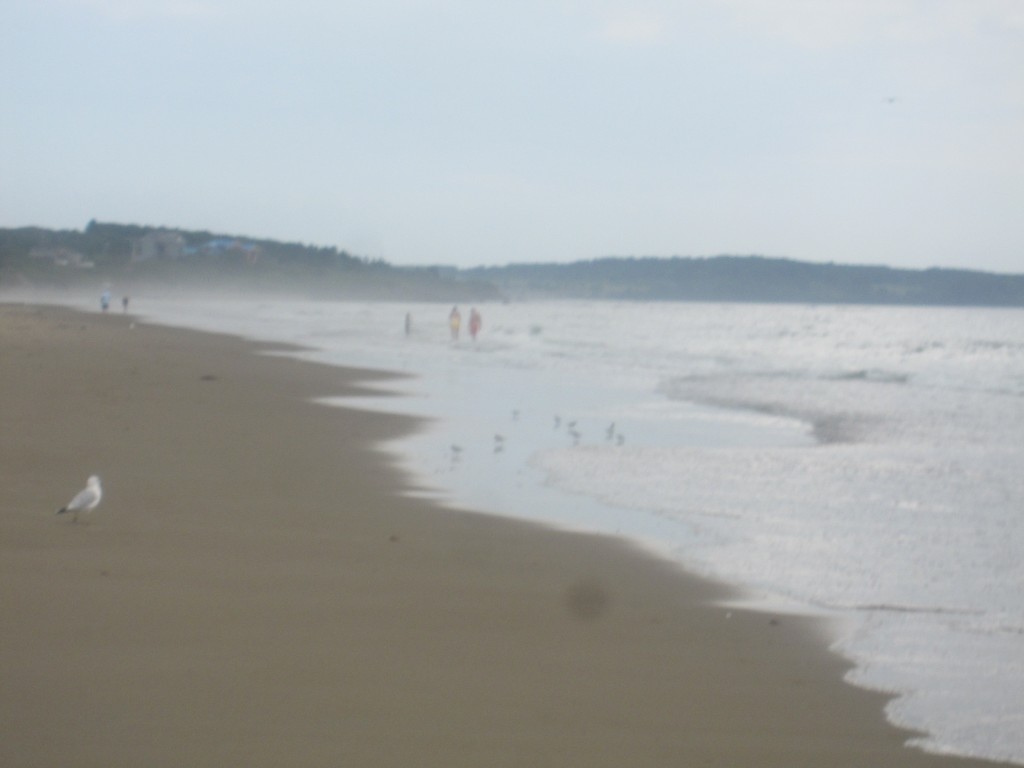 BEACHES: As far as beaches go, our original plan was to commute to Old Orchard Beach. But then our hotel recommended Scarborough and Crescent Beaches. Both are popular family swimming beaches with fine sand, picnic tables, snack bars and washrooms. There is parking, albeit of a nominal fee, but it is fine spot to relax and take in the sun.