Known to the Abenaki tribe as “beautiful place by the sea,” Ogunquit is a beautiful town of Maine featuring a world-class beach and magnificent coastline that attract visitors from around the globe.

The mouth of the tidal Ogunquit River separates three miles of white sandy beach from the craggy granite ledge which dives into the Atlantic. Millions of visitors have walked the Marginal Way, a scenic cliff-walk that meanders along the ocean for over a mile. 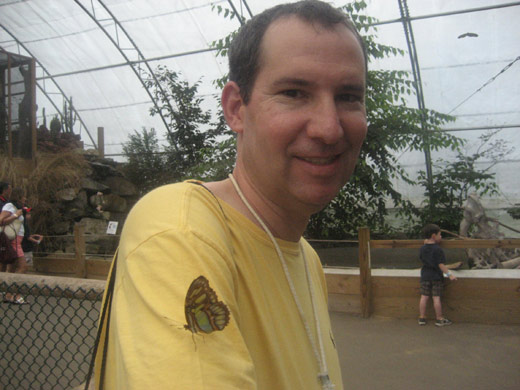 Ogunquit has everything for every type of traveler. Theatre lovers flock to the many playhouses for the summer stock performances. Shoppers rave about the assortment of galleries, boutiques and gift shops and discriminating diners have an abundant selection of fine restaurants to satisfy nearly every taste – including lobster! Sailing, sea kayaking and whale watching are popular activities as well as hiking nearby Mount Agamenticus or the Wells Reserve at Laudholm Farm.

PERFORMING ARTS: Located just South of Ogunquit Village at 42 Main Street, surrounded by pastoral fields and scenic woods, the historic Ogunquit Playhouse (ogunquitplayhouse.org) continues to create some of the most vibrant and exciting summer theatre in the country. One of the few remaining summer stock theatres of the legendary straw hat circuit, the Playhouse continues its 76-year tradition of bringing the biggest and best shows of Broadway to the beach. Each summer the Playhouse produces a five show subscription series along with its unique and growing Children’s Theatre Program.

The 2009 roster featured A Chorus Line, Shout! The Mod Musical, Guys and Dolls, Singin’ in the Rain and the Elvis Presley filled All Shook Up.

We had the good fortune of seeing Guys and Dolls, starring Tony award winner Christian Hoff and Richard Kind of TV’s Spin City fame. It was a fabulous show, with great sets and a real professional look. There is free parking, book your tickets in advance and arrive at least 15 minutes before showtime,

Performances are Tuesdays through Sundays, from Memorial to Columbus Day weekends. Main Stage ticket prices range from $39 to $58 per show. You may purchase tickets on-line or through the box office at 207-646-5511.

The humble beginnings of this theatre go back to July 1, 1933 as a crowd filed into a renovated garage in the town’s square is there for the opening night of a new venue. Few, if any, realized they were also witnessing the birth of a playhouse that would soon earn and later sustain its title as “America’s Foremost Summer Theatre.” Broadway showman Walter Hartwig had a dream: good theatre could thrive outside of New York. With his wife Maude he knew Ogunquit through participation in the Hoyt’s Lane Art Center. The town’s reputation and popularity as a summer resort convinced him to bring his Manhattan Theatre Colony to Ogunquit, and he persuaded such legends as Maude Adams, Ethel Barrymore, and Laurette Taylor to star with a resident company.

The theatre’s enormous success brought the need for larger quarters. Hartwig bought the old Ware Farm on Route 1, just south of town, and built the new Ogunquit Playhouse, unique for its spacious comfort, convenience, superb acoustics, and up-to-date equipment. The playhouse opened on July 17, 1937, and with top stars in the best plays it indeed thrived. After Hartwig’s death in 1941, his widow Maude took up the producing reigns, and was joined in 1950 by John Lane, a young actor and general manager. He acquired the theatre and land from the retiring Maude in 1951. Joined by a new business partner, Henry Weller, they embarked on a long-range plan of modernizing and improving the building and grounds, and, without missing a beat, enhanced the tradition of excellence and excitement in entertainment. Through his dedicated direction, professional integrity, and impeccable taste, generations of theatre goers have enjoyed the brightest stars and finest professional actors performing in Broadway’s best dramas, comedies, and musicals.

After four and a half decades as owner and producer, John Lane had earned his desired retirement. To perpetuate the playhouse, in 1994 he spearheaded the formation of the Ogunquit Playhouse Foundation, a not-for-profit corporation whose mission is to “preserve and maintain the Ogunquit Playhouse as a community-based performing-arts center.” John Lane pledged to transfer ownership to the foundation if it raised $500,000 within three years to ensure the longevity and maintenance of the theater and grounds.

The cash and pledges went over the top well before the deadline, and ownership was transferred in September 1997. John Lane’s extraordinary stewardship of the Ogunquit Playhouse ended after 46 years, but his legacy will endure for generations. Though John Lane passed away in the autumn of 2000, his Playhouse, continues to be a dynamic testimony to his commitment to live theatre, one that will continue to be enjoyed and appreciated by generations to come.

In September 1999 the Ogunquit Playhouse Foundation selected Roy M. Rogosin as producing artistic director in order to build a bridge between the legendary history of the Playhouse and the exciting and challenging future ahead. Part of this future involved the incremental restoration of the playhouse. For the 68th-anniversary year-2000 season the lobby underwent a beautiful refurbishing, thanks to the Ogunquit Playhouse Theatre Guild.

In 2002, the Playhouse restored the Colony Theatre as a center for Youth Theatre classes and performances as the Children’s Theatre Program continued to grow and prosper. Once again the dedicated Guild stepped up to assist with both funding for the Colony restoration and many hours of volunteer work to support the Children’s Theatre camp programs.

DINNER: If you are looking to catch a quick dinner before the show, then make a stop at the Old Village Inn (www.theoldvillageinn.net) at 250 Maine Street. Owned and operated by Dean Goodman, this mid -19th century inn echoes that earlier era’s gracious yet informal atmosphere which makes dining in unique charm and tasteful decor to match any mood. The varied menu offers a blend of creative and traditional American and Continental selections, all prepared to order. A carefully chosen wine list presents a wide range of selections to satisfy even the most discriminating palates. You can choose one of their many delicious entrees or go to the pub menu for something quick and convenient. We arrived less than two hours before showtime and our waitress assured us we would be served in plenty of time and could certainly choose from among their more popular dishes. That is what our party did, from the lazy man’s lobster, to some grilled shrimp served with pasta and an outstanding and crispy roasted half duck. For dessert we save room for the chocolate lava cake, made with warm melted pudding and some vanilla ice cream. 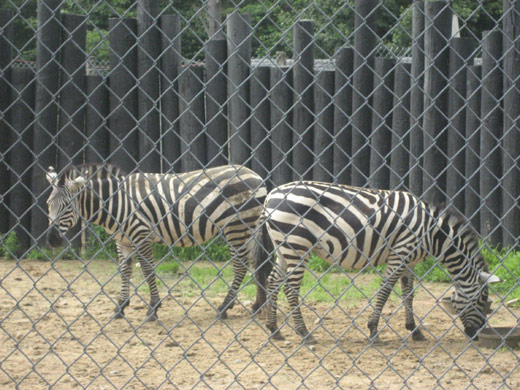 THE ZOO: York’s Wild Kingdom – Zoo and theme park (www.yorkzoo.com) is located in York Beach and features hundreds of exotic animals from around the world. We spent an enjoyable day there and would highly recommend it. Especially fun was the butterfly exhibit and the elephant show where we met Lydia, the 59 year old 9,000 pound elephant who can actually paint and play the harmonica. The family of lemurs were so entertaining to observe, we did not want to leave their presence. A look at the lions, tigers, bears, monkees and zebras was a thrill. And who does not enjoy walking through a sea of beautiful deers who just want you to pet and feed them. There is also a small amusement park, featuring different rides. This includes a carpet slide, bumper cars and my favorite – the go karts. Save time to visit the arcade. 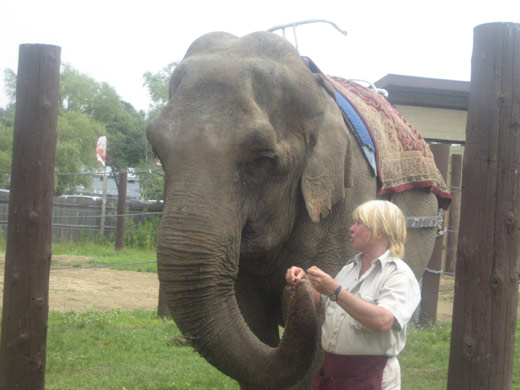 SUPERB MINI-GOLF: In the town of Wells, just on the border with Ogunquit right on Route 1, you will find the Wonder Mountain Family Fun Centre and Mini-Golf. This spot is a blast! On the night we went, customers were lined up knee deep to try their luck on one of the two 18 hole courses. This is an extremely well run facililty. When they ran out of putters I figured we were in for a long evening, but things moved along a nice pace and even the wait at each hole was not too long. The people in line with us, many from Montreal, were so friendly that it was actually fun to chat between putts. Owner Andy Joakim built the first course in 1987. And the second five years later. “Large , adventure style mini golfs have been around for 30 years,” he told me. ”I happened to see one in another part of the country and built one in Wells over 20 years ago. It is a massive, risky proposition, but thankfully the project has done well.”