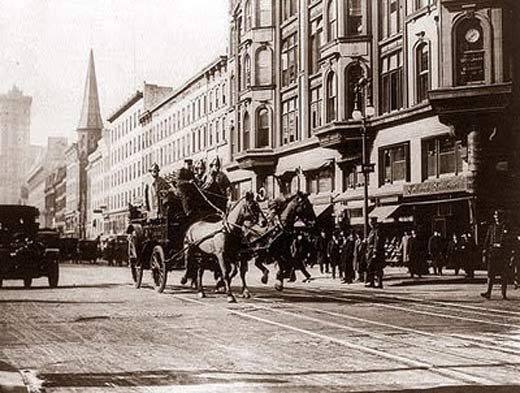 In the later part of the 19th century till the advent of the automobile there were close to 200 000 horses working in New York city. We complain about global warming today, imagine the build up of manure that 200 000 horses can produce in that amount of time. Where do you store all that waste? No wonder clothespins were popular back then. In 1881 it really became a health concern to the city. We complain about cars today, imagine a world with horses still used in transportation. Here is an article from the New York Times in 1881 explaining the crises of the time. The car saved major cities throughout the world and in turn became a problem too a hundred years later. If you like stories such as this, I strongly recommend you buying, SuperFreakonomics: Global Cooling, Patriotic Prostitutes, and Why Suicide Bombers Should Buy Life Insurance, where you will find an interesting read on the horse problem they had in New York City. Pictures of an unhealthy New York City>> 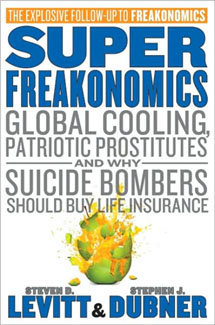 The problem just kept piling up until, in the eighteen-nineties, it seemed virtually insurmountable. One commentator predicted that by 1930 horse manure would reach the level of Manhattan’s third-story windows. New York’s troubles were not New York’s alone; in 1894, the Times of London forecast that by the middle of the following century every street in the city would be buried under nine feet of manure. It was understood that flies were a transmission vector for disease, and a public-health crisis seemed imminent. When the world’s first international urban-planning conference was held, in 1898, it was dominated by discussion of the manure situation. Unable to agree upon any solutions—or to imagine cities without horses—the delegates broke up the meeting, which had been scheduled to last a week and a half, after just three days. Read more>>