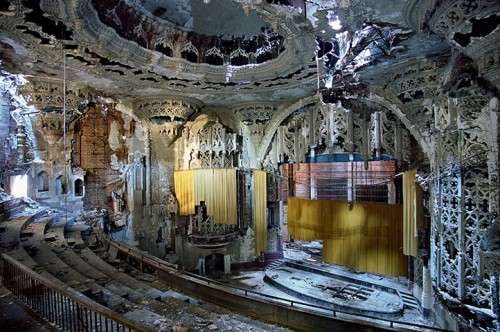 Like something out of The Last Man on Earth or Logan’s Run, Detroit City once the pulse of the industrial machine of America is left in ruins. The city is on life support, sections left to decay as nature slowly takes back what man took away. Yves Marchand and Romain Meffre capture the abandonment of Detroit City. These staggering pictures will leave you wondering just how widespread this will be in the next years as other cities will fall victim to neglect.