G is for Edward Gorey and Google

Google Doodle celebrates Edward Gorey’s 88th birthday if he were alive today. He checked out in the year 2000. 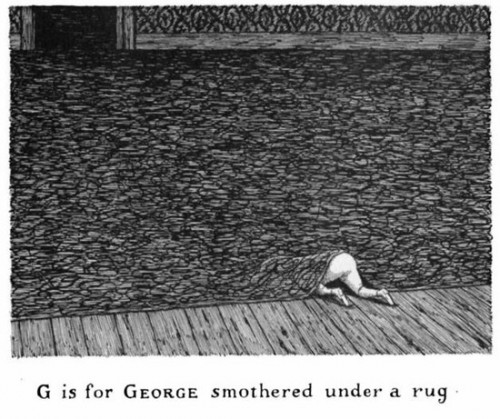 “Fifty years ago, in 1963, Edward Gorey published a trio of books in an olive-colored, hand-lettered slipcase entitled ‘The Vinegar Works: Three Volumes of Moral Instruction’. The three books were ‘The Insect God’, ‘The West Wing’, and ‘The Gashlycrumb Tinies’. All three books would eventually define Gorey’s style, and ‘The Gashlycrumb Tinies’ became his most enduring work.”