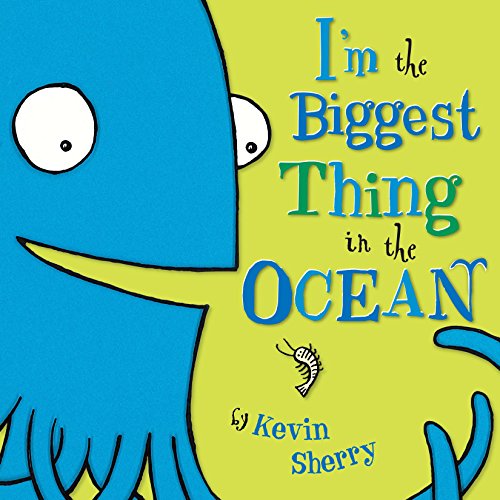 Kevin Sherry sizes up the world around him in his first published book about a squid who examines his size in the ocean compared to other creatures that live in Jacques Cousteau’s watery depths. Many young kids survey the world around them  earlier on by comparing the size of things and people around them to themselves.  Kevin’s book is in the same perspective with mirthful art and words that will cherish young kids.

When a giant squid takes inventory of all of the creatures in the ocean, he realizes that he’s way bigger than most of them! Of course, there are bigger things lurking around . . . but maybe this giant squid with a giant touch of hubris doesn’t really care?

First-time author-illustrator Kevin Sherry is sure to garner fans of all sizes for his perfect-for-preschool read-aloud with simple text, bold and delightful collage art, and a lovable squid whose spirit just cannot be crushed.