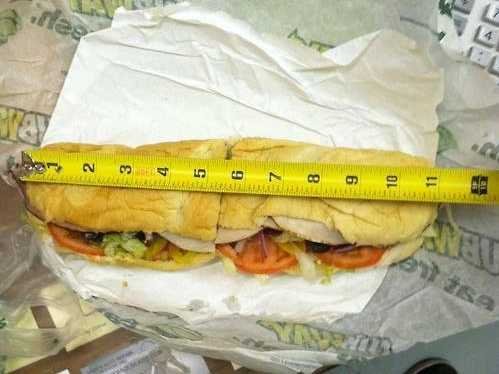 Many women will tell you size does not matter but according to Matt Corby from Australia, he begs to differ. When you were promised a foot long sub and you are shy one inch, it does matter. Matt posted the photo on Subway’s Facebook page, accompanied by a simple request: “subway pls respond.” Are to to believe that after every 12 sandwiches that Subway is pocketing one sub? Seems like it. To be fair to Subway, you could easily squeeze the sub at both ends and make it an inch smaller. Just saying.