Taking Back the Story

In with the new. Out with the old. The new media is now controlled by the people. In the 20th century the media dictated to us. We now control the story and spin it into new ones. Henry Jenkins discusses of the new trans-media that grows ever strong each day. 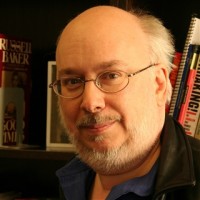 nkins, MIT Professor and author of Convergence Culture: Where Old and New Media Collide returns to this question of media audiences and participatory cultures at a moment where fans and fan-like activities are absolutely central to the way the culture industries operate. At all levels, the assumption is that consumers will become active participants, but there is widespread dispute about the terms of our participation. We are seeing enormous experimentation into the potential intersections between commercial and grassroots culture and about the power of living within a networked society. At the same time, the media industries are struggling to keep up with these changes, issuing contradictory responses out of different divisions within the same companies. Convergence Culture was designed as a public intervention into this situation, trying to help both consumers and producers understand the changes which are occurring in their relationship.