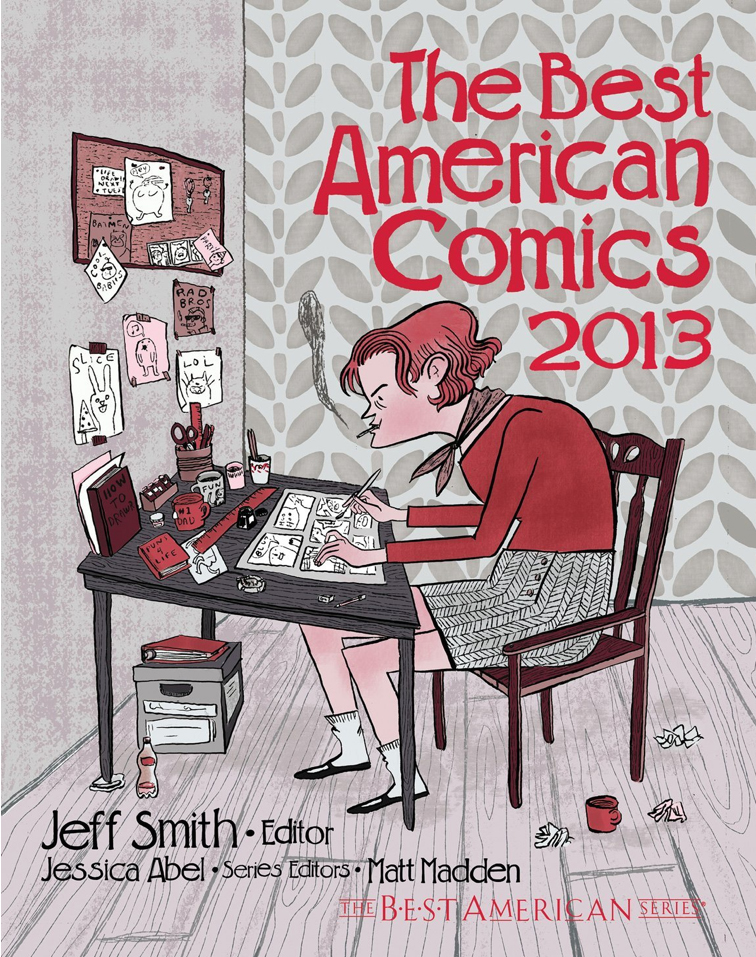 It is truly the Age of the Cartoonist (the artist who writes and draws his or her own work) so says Jeff Smith, the editor of the newest anthology from the folks of The Best American Comics series. There are so many new comic book outlets from the web to the tablet to express yourself. Pioneers such Drawn and Quarterly and Fantagraphics Books planted the seeds that sprung this new comic book talent. This new artistic collective draw their inspiration from those early foot soldiers who braved as comic book writers/artists. From personal to fantastical new worlds, the traditional comic book is being pulled into new directions. Jeff Smith is one of these early representatives of writer/artist and is ideal as the editor of the newest talent crop of American comics for 2013. I am not a fan of the word comic or graphic novel. A writer who can draw is something to be admired. Or should I say artist who can write? We should come up with a more deserving name for creatives who mange to pull off both jobs.

I can honestly say the comic industry is alive and well without heroes in tights and the Hollywood machine feeding off endless merchandising. You will not see any of these characters in a Toys “R” Us in any shape size or form. No franchise to spin off from. These comics uniquely survive on story and substance. No conglomerate bigwigs watching over your artwork and stories. It is raw and fresh. These artists are not household names. Some such as Paul Pope and Kate Beaton can be found on popular bookstores throughout the land, but others never made a dent in the publishing world. Some will one day from this collection and expand to bigger heights as others did from past anthologies. The Best American Comics is a showcase of exciting talent that brims at the surface of edginess. Is this collection truly the best of the 2013? Some might argue against it, all comic book readers come in different shapes. These comic stories feed on intellectual curiosity. It takes the comic form into new reaches with myriad ideas explored within.

Marvel and DC are the fast food restaurants in the comic book world. Everybody else are the moms and pops that sell a variety of exotic food for thought. Prepare to feast your eyes on some of the best lined art created from India ink. With the demise of newspapers and other paper media, the comic book has found new ways to express our basic need to tell a story with images and words. The Best American Comics 2013 is for the true connoisseur of comics and for the few brave who want to try something totally different. You will not be disappointed. The series keeps getting better each year. This edition has a big wallop of ideas and worth every penny.