The Girls’ Guide to Rocking 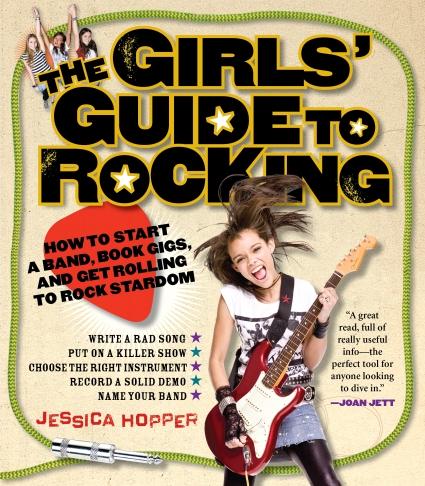 The Girls’ Guide to Rocking, How to Start a Band, Book Gigs, and Get Rolling to Rock Stardom.

Since the death of Les Paul, the greatest guitar aficionado who played till he was 94. The guitar quarters has always been a boys club for many years. Heart , Joan Jett, and Lita Ford are regarded as true guitar players for their rock outfits. There are not too many bands with girls with full arsenal guitar wielding capacity. The Girls’ Guide to Rocking is a book dedicated to help girls to truly rock. Jessica Hopper a rock critic, the author of the book hopes to inspire young girls to get rocking. The teen-friendly book is a good manual for both male and female grown-ups also. Jessica gives you a whole rundown guide to the music industry. In the immortal lyrics of Bon Scott, Girls got Rhythm.

Jessica Hopper is a music and culture critic whose work regularly appears in Chicago Reader, LA Weekly, SPIN, ANP and Chicago Tribune and has also been included in DaCapo’s Best of Music Writing 2004, 2005 and 2007. She is also the music consultant for the public radio show, This American Life. Her widely-anthologized essay, “Emo: Where the Girls Aren’t” was described as “influential” by The New York Times.

Rock and Roll Camp for Girls