Just how much room does a person need? Jay Shafer’s Tiny House concept houses are the latest buzz. The tiny house blueprints are sought after by many who dream of their own acre of space in the country or just about anyplace law will permit to build a home. To some the Jay Shafer Tiny House is short of being an outhouse or a giant glorified playhouse for kids. Many are considering it as a viable alternative to expensive houses and also green friendly to the environment. 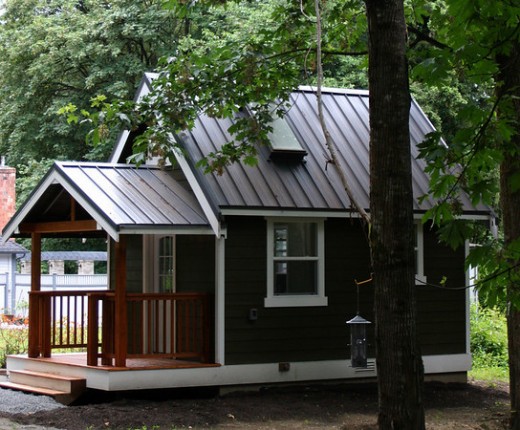 “In July, Mr. Johnson, who lives in a 140-square-foot house made by the Tumbleweed Tiny House Company of Sebastopol, Calif., took to the road to promote his vision of living small, along with Jay Shafer, Tumbleweed’s founder. The two men drove from Victoria, British Columbia, to San Diego, pulling Mr. Shafer’s house behind them on a trailer.”