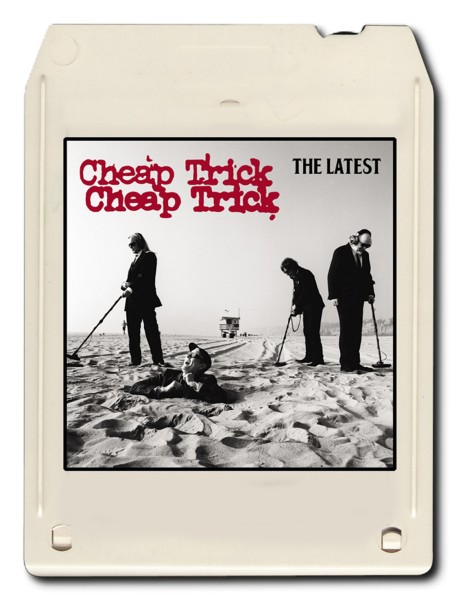 Cheap Trick are as irrelevant as the 8-track tape. Many groups have once again embraced vinyl records, but the 8-track machines sounded the death knell at the height of Cheap Trick’s apex of fame in the late 70’s. The Dream Police brigade are releasing their new album called, The Latest,
and the music will grace an 8-track tape. eBay will be busy for the true fan looking for an 8 track machine. Is this a Cheap Trick to muster up some publicity? You bet! The album returns to earlier roots of the band. Robin Zander and the boys are still making waves with their music used as the theme for Transformers: Revenge of the Fallen, and video games such Guitar Hero II and Rock Band 2. What was old is once again new. It’s the 70’s show all over again. Welcome back Cheap Trick.

“If a bunch of these stations weren’t going to play it anyway, we’ll send them something that will be a nice conversation piece,” explains Dave Frey, the group’s manager.