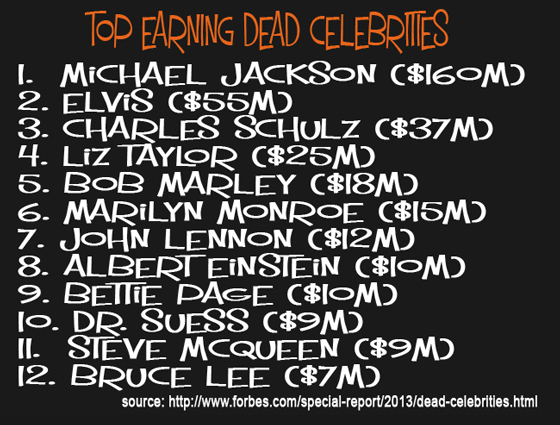 It is not nice to say, but some people are better off dead. Micheal Jackson and Elvis Presley are making more money dead than alive. Micheal Jackson alone since his death has made over one billion dollars. If he were alive he would spend all of that quickly. Here is the top 2013 earning dead celebrities according to Forbes. I am a bit surprised both Bettie Page and Albert Einstein being on this top ten list.