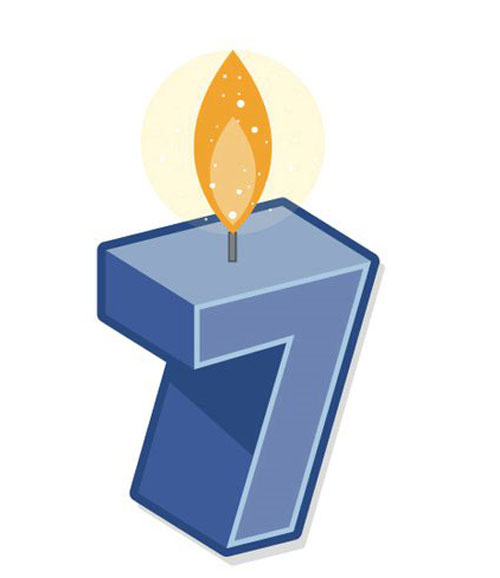 If you have not seen Social Network or are not on Facebook than you must be living in a cave. With over 500 million people on and most of them with over five profiles. Fess up. Let’s say 100 million, let’s not forget those who never went back on Facebook again because they can’t figure it out. We dwindled the number down to 50 million actual people. Not bad at all in seven years. Facebook is turning seven this February. Perhaps the Pandora box of the world. Marriages and relationships forever ruined because of our lustful narcissism. With all the good Facebook brings to the table our greed and selfishness has ruined many social and real relationships. Just how big of causalities has Facebook taken? Studies and therapy will determine that in the future. Seven is a lucky number, this is the year of Facebook. Let’s give ourselves a big round of applause for making fools of ourselves, from glorified boob shoots and clicking the LIKE button because we don’t have an original thought to share. Here is to another 7 years of mindless mush in the Matrix.