Some are claiming that Disney’s Tangled is perhaps their best animated feature in 20 years. Perhaps it is. Rapunzel never had justice done to it in the many years of animation. Ray Harryhausen took a stab at the classic fairy tale and a few others including Red Riding Hood, King Midas, Hansel & Gretel and The Tortoise & The Hare. Ray never enjoyed the big budgets allocated to him to expand his ideas. What wizardry he would create today if he used computers. 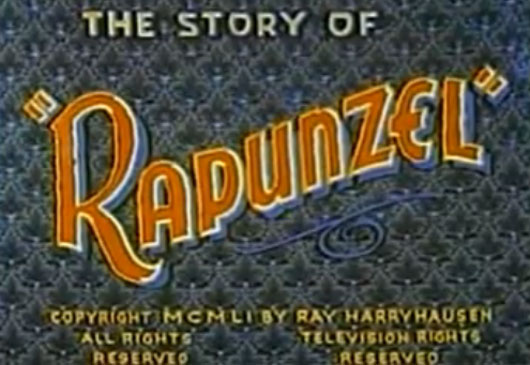