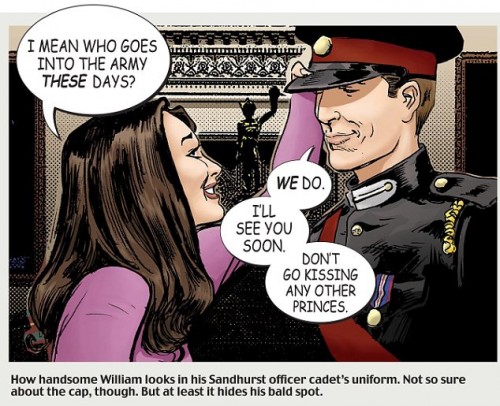 Prince William and Catherine Middleton are getting the royal treatment. Well, maybe not. The not so faltering comic book adaption of their love story is making the rounds on the Internet. Now there are many in the Commonwealth who take the Royal Family seriously. The tabloid family are a constant buzz of daily boredom churned into selling newsworthy-less newspapers. Now comic books can join in the glorifying of the new royal couple. 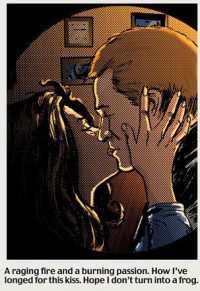 The chronicle of our King and queen-in-waiting is told in Kate And William — A Very Public Love Story. The 60-page comic uses Kate’s fictional diary as a narrative device that threads together the couple’s romance.

It is illustrated by well-known comic-strip artists Gary Erskine and Mike ­Collins, who have previously portrayed characters such as Spider-Man and ­Warheads for Marvel Comics