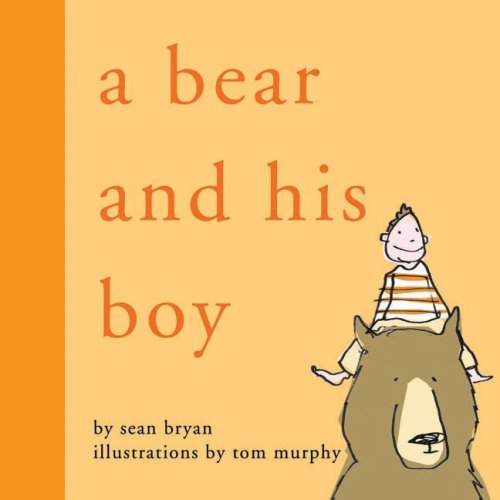 This is Sean Bryan and Tom Murphy’s third try at a great series were they match up an animal with a very young kid.  The unusual pairing brings out the difference in both characters and help find a compromise to end any conflict in the story. The theme of this story is about the hustle and bussle of life and that it’s OK to just stop and smell the "lilacs" and take life a bit easier.

When a bear named Mack wakes up with a boy on his back, we know instantly that we’re back in the droll and sweetly wacky world created by Sean Bryan and Tom Murphy in their first two highly successful picture books about a bunny-wearing boy and his sister Claire, who wakes up with a gator on her hair.

Mack, a type-A bear who is terribly over-scheduled, is initially stressed to discover the boy, named Zach, and tells him: “Here’s the deal…I’ve got no time to slack. I’m looking at my schedule, and it is jam-packed.” But in the end, after a rhyme-filled tour through Mack’s fanciful schedule, Zach teaches the bear to slow down and enjoy life, rather than rush through it. With a playful text and simple, witty illustrations, A BEAR AND HIS BOY will help everyone stop and smell the lilacs!