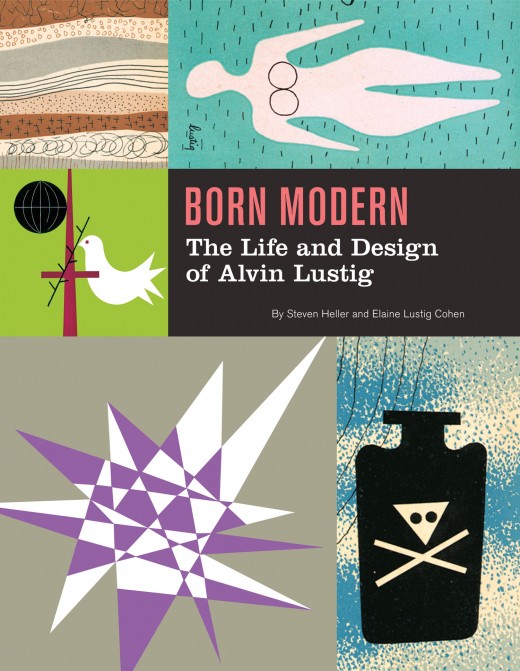 American designer Alvin Lustig has two books based on his work and life this month — Born Modern: The Life and Design of Alvin Lustig by Steven Heller and Elaine Lustig Cohen (Chronicle Books) and Purity of Aim: The Book Jacket Designs of Alvin Lustig by Ned Drew and Paul Sternberger (RIT Cary Graphic Arts Press).

The designer went blind with diabetes and died a year later in the year 1955 at the ripe age of 40. Truly a tragic way for an artist to depart this world. His legacy is that one of an artist who saw the future, if he lived longer I am sure he would contribute ultra modern artistic work for the masses. See book covers>>

Alvin Lustig was modern before it was cool. But there has never been a monograph devoted to his work—until now. A genius best known for his book covers and interior design, his theories on design education were precursors to the curricula of some of the most renowned design schools today. Lustig lent his imaginative vision and talent to a wide range of legendary projects, from the groundbreaking architecture of 1940s Los Angeles to magazine covers that have become collector’s items. Spanning the breadth of Lustig’s tragically brief but prolific career, Born Modern is a must-have for any student or practitioner of design, as well as anyone interested in the history of American visual culture.

Lustig’s design approach reflected the Bauhaus tra­di­tion, and his con­cern was with fus­ing the fine art with applied art, using words, color, and shape to cre­ate a har­mo­nious whole. He described him­self as hav­ing “a very high stan­dard of dis­sat­is­fac­tion” and was involved in a never-ending bat­tle to for order in both his design and others.-brwnpaperbag