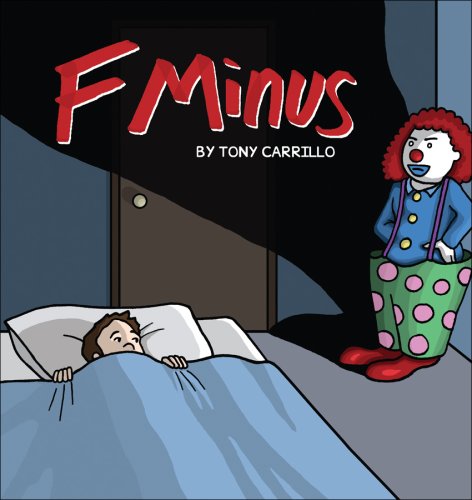 F Minus
Tony Carrillo is a man of many past careers and inspiration that he purloined  from his various jobs of failure is our gain. He mined himself ideas for F Minus his daily strip from those myriad mishaps. What started once in the Arizona State University newspaper,  F Minus has blossomed into a bonafide strip for United Media and in September his first collected strips will make it into book form. Read strip>>

In the fall of 2004, Carrillo entered F Minus in the inaugural "mtvU Strips" contest, an online competition searching for the best college comic strip. The contest consisted of online voting (in which nearly 200,000 votes were cast), and was also judged by comic artists Scott Adams, creator of Dilbert, and David Rees, creator of Get Your War On. F Minus was chosen as the winner, and Tony Carrillo was awarded a development deal with United Media.