Howl: The Story of Allen Ginsberg

The youthful voice of the 50’s brought the Beat Generation. Howl is the latest movie on the generation of rebellious prose. Allen Ginsberg misunderstood for many generations is explored in the epicenter of his creativity. James Franco portrayal of Allen Ginsberg is rather a surprising one. The movie is loaded with an excellent cast that also includes David Strathairn, Jon Hamm, Bob Balaban, Alessandro Nivola and Treat Williams. James is really branching out since Freaks and Geeks and more recently the Spider-Man franchise. The diversity of his acting is taking fruit with Howl. This will be a big year for James Franco. With a second reboot of Planet of the Apes, James Franco is really busy as of late. 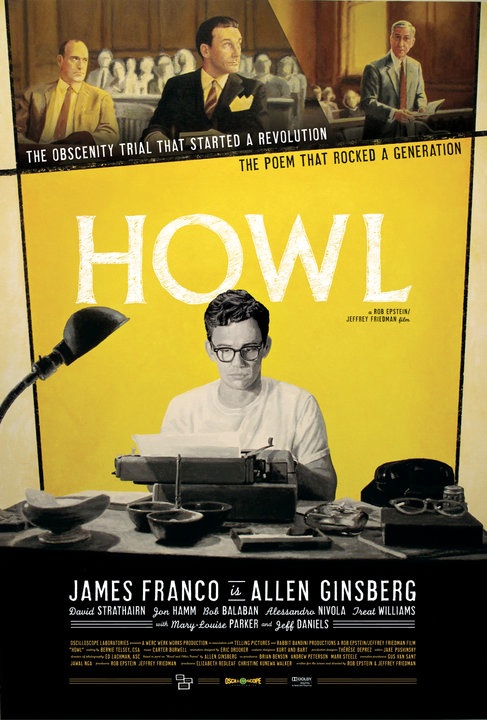 “Howl” is a poem written by Allen Ginsberg as part of his 1956 collection of poetry titled Howl and Other Poems. The poem is considered to be one of the seminal works of the Beat Generation along with Jack Kerouac’s On the Road (1957), and William S. Burroughs’s Naked Lunch (1959). “Howl” was originally written as a performance piece, but it was later published by poet Lawrence Ferlinghetti of City Lights Books. The poem was originally considered to be obscene, and Ferlinghetti was arrested and charged with its publication. On October 3, 1957 Judge Clayton W. Horn ruled that the poem was not obscene, and “Howl” went on to become the most popular poem of the Beat Generation