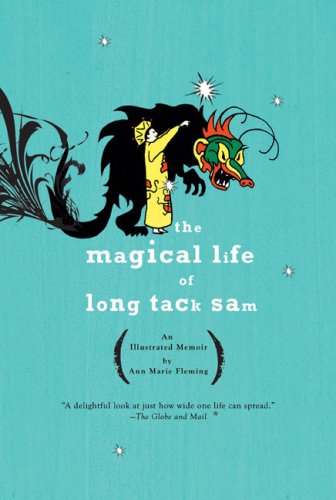 The Magical Life of Long Tack Sam
Long Tack Sam is a NFB movie based on a strange man from a different world in old China in the early 20th century who dazzled audiences with unique magical wonders from his homeland. Vaudeville was very big before movies and the likes of Charlie Chaplin began his career also in vaudeville before graduating to film.  Long Tack Sam suffered the stereotype of being oriental and just vanished from the entertainment conscience, till recently revived by Ann Marie Fleming is an award-winning independent filmmaker who brought back his story to film and now as an illustrated memoir. Read more>>

Who was Long Tack Sam?

He was born in 1885. He ran away from Shangdung Province to join the circus. He was an acrobat. A magician. A comic. An impresario. A restaurateur. A theater owner. A world traveler. An East-West ambassador. A mentor to Orson Welles. He was considered the greatest act in the history of vaudeville.

In this gorgeous graphic memoir, his great-granddaughter, the artist and filmmaker Ann Marie Fleming, resurrects his fascinating life for the rest of the world. It’s an exhilarating testament to a forgotten man. And every picture is true.