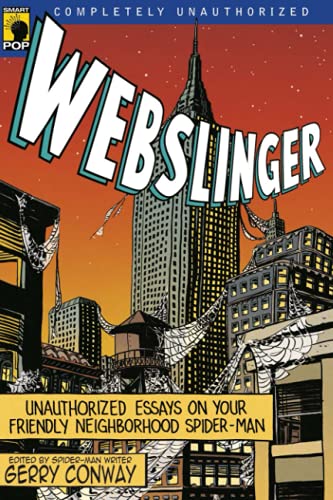 Well the money making machine of the Spider-Man franchise is coming from all directions this year once again.  Glenn Yeffeth the editor of many anthologies gives us a study into the phenomenon of the webslinger from people in the industry who know the character the best.

The tangled web of vengeance, love, and loss woven by Spider-Man comics and films is explored in this collection of insightful essays by acclaimed writers of comics and science fiction. A variety of topics—from the superhero’s sarcasm to the science behind radioactive spiders—are discussed in essays on "Turning Rage into Responsibility: A Psychology of Loss," "Love Is Selfish: Can a Hero Afford Personal Attachments?," and "Self Identity and Costume Design." The popular rival Green Goblin, the bumbling-yet-influential media, and the part New York City itself plays in stories are skillfully explored, as is the overall philosophy of mild-mannered Peter Parker and Spidey’s relationship with the rest of the characters in the Marvel universe.