It’s Twenty years already? Happy Birthday to Homer and company. The fortunes of Fox Television greatly depend on the success of their longest running show, the Simpsons. Ron English pays homage to Homer Simpson channeling Jackson Pollack as his conduit of inspiration for a new documentary by Morgan Spurlock ( of “Super Size Me” fame ) which airs this Sunday, January 10, 2010 at 8:30pm EST on Fox. 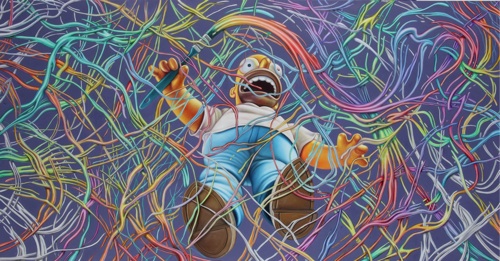