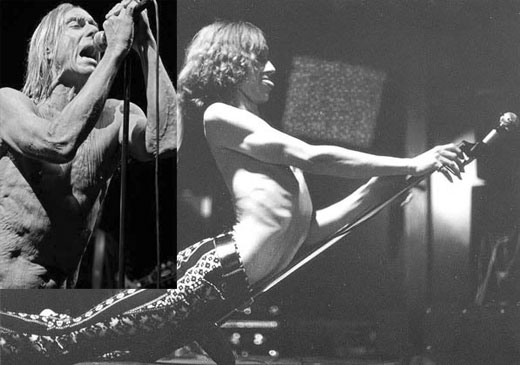 Somebody better tell Iggy Pop to put on a shirt. For 40 years Iggy Pop has been shirtless in various incarnations of popularity. Steven Tyler had the common sense to cover up. When fans throw panties at Tom Jones, I encourage fans to throw a couple of t-shirts at Iggy’s direction. Nothing wrong with aging, but when the Godfather of Punk jiggles more than Jell-O, folks we have a problem. Here is the official Iggy Pop shirtless aging timeline.