SARATOGA SPRINGS: We are developing a new routine when traveling to New York City these days. Get across the border late in the day, stop off mid-way overnight and get an early start the following morning. Last year we stayed in Saratoga Springs at one of the nicest Hampton Inn and Suites properties I have visited so we were happy to repeat the same routine en route to the Big Apple for our most recent trip.

Saratoga (www.discoversaratoga.com) is home to exciting nightlife, chic boutiques, great events and much more! Of course, the Saratoga Race Course is a big draw each summer. Sports Illustrated has named it one of the top 10 sports venues of the 20th century, right up there with Yankee Stadium, Wrigley Field and others. Horses and thoroughbred horse racing in Saratoga represents a big draw for the tourist trade in season. Saratoga’s 2015 racing season begins on Friday, July 24 and runs for 40 days, through Labor Day, Monday, September 7. There are dark Tuesdays. Post times are 1 p.m. daily except for Twilight Friday. The Hats Off Festival is July 24 to 26. A full schedule, with Stakes races, can be found here www.nyra.com/index_saratoga.html. 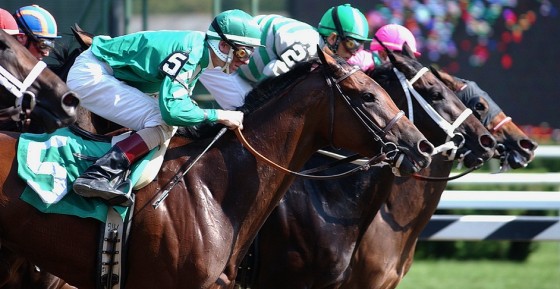 There is also Saratoga Polo, horse and carriage rides, video gaming and a chance to visit the National Museum of Racing and Hall of Fame! Also consider checking out the spring Farmer’s Market, arts and jazz events and the ever-popular mid-winter ChowderFest.

The Saratoga area offers some great shopping, including the historic downtown Saratoga Springs shopping district with boutiques and quaint shops tucked among trendy eateries and cafes. A few miles away is a large collection of malls, big box stores and restaurants near Exit 15 of the Northway, providing the area with one of the largest and most concentrated shopping districts north of Albany. Rounding out the Saratoga shopping opportunities are a collection of brand name outlet malls in Lake George, just a short drive north on I-87. We like going to the Wilton Mall (www.wiltonmall.com), which has JC Penney and Bonton as its anchors.

Nestled in Upstate New York, just about three hours from Montreal, New York City, Boston and Philadelphia and just off Interstate 87, Saratoga is centrally located between the Adirondack Park just to the north, and the bustling Albany New York Capital District to the south.

Saratoga is recognized as a center for arts and culture. The Arts Center, at 320 Broadway in historic downtown Saratoga Springs, is the home for arts education for all ages; an art gallery; a gift shop, a resource room overlooking Congress Park with art-related information; and a performance space for film, music, theatre and much more. The National Museum of Dance is located here, as is the renowned Tang Museum at Skidmore College. The Saratoga Performing Arts Center (SPAC) hosts a number of distinguished music and dance venues along with pop culture concerts.

There are more restaurants here per capita than any place in the United States! Coffee houses, French bistros, Jazz clubs, classic American cuisine, Italian, Mexican, Indian, sports bars, seafood and steakhouses are just a sampling of over 100 hundred popular restaurants and night spots in the Saratoga area. We happened to like Ruby Tuesday’s, but the franchise here went bust so settled for Denny’s.

WHERE TO STAY: Our previous one night stop at the Hampton Inn and Suites (www.saratogaspringssuites.hamptoninn.com) at 25 Lake Avenue was such a pleasant experience, this was in fact an incentive to stay over here again. Having opened just over six years ago, it is part of the Turf Hotels group. The first thing you will notice is the majestic entrance. Upon checking in your room key grants you entrance to free covered parking on a multi-level garage. There are 123 guest rooms and suites featuring king-or queen-sized beds. Some suites have spacious balconies and separate living rooms with sofa beds. We booked the latter and were pleasantly surprised by how extraordinarily large the unit was. I particularly liked the ultra-comfortable chairs in front of the two TVs. 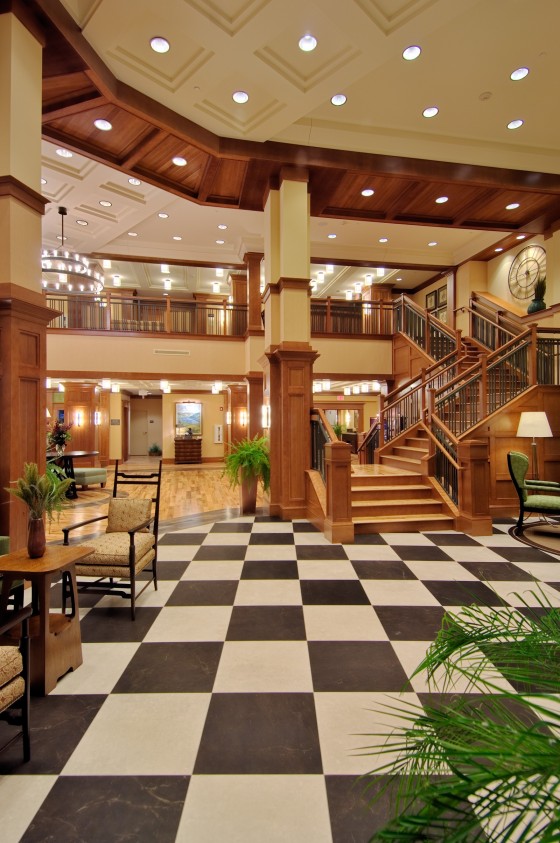 You can connect to free high-speed internet access to surf the web, get some work done at the desk or set up your laptop on the convenient lap desk to work from the comfort of the clean and fresh Hampton bed. Amenities such as a mini-refrigerator, microwave and 32-inch HDTV with premium cable television make you feel at home. You can also take advantage of a free hot breakfast. There is a gym, fitness centre, a nice pool and a Jacuzzi. Assistant General Manager Dan Duvernay says summer weekend stays are booked a year in advance.

This is not only a great place to stay when visiting Saratoga or looking for a one night stay, but as a base to travel to and from Lake George or Albany as you as smack in the middle of both. The hotel is in fact 30 minutes from Albany International Airport and minutes away from attractions. The Adirondack Mountains offer diverse outdoor recreation. You can go white-water rafting, boating and fishing at Lake George, explore a cave, drive along the historic Mohican Trail or ride a train through the winter landscape, enjoy family fun at Great Escape & Splashwater Kingdom Six Flags. Also check out see the battlefield, the restored Schuyler House, and the Saratoga Monument.

ACCESSIBILITY: The hotel has an accessible business center, concierge desk, exercise facility, hotel restaurant, parking spaces for cars in the self-parking facility, public entrance and registration desk. There are accessible guest rooms with mobility features, featuring entry or passage doors that provide 32 inches of clear width. There are assistive listening devices for meetings upon request and closed captioning on televisions or closed captioning decoders. Service support animals are welcome. There is also van-accessible parking in the self-parking facility.