While staying in the Miami area recently, I convinced the family to maken a day trip to Boca Raton. It had been more than a decade since I visited the area, but let me confess that I needed an excuse to dine at the fabulous Legal Sea Foods  restaurant, which I had experienced last fall in Boston 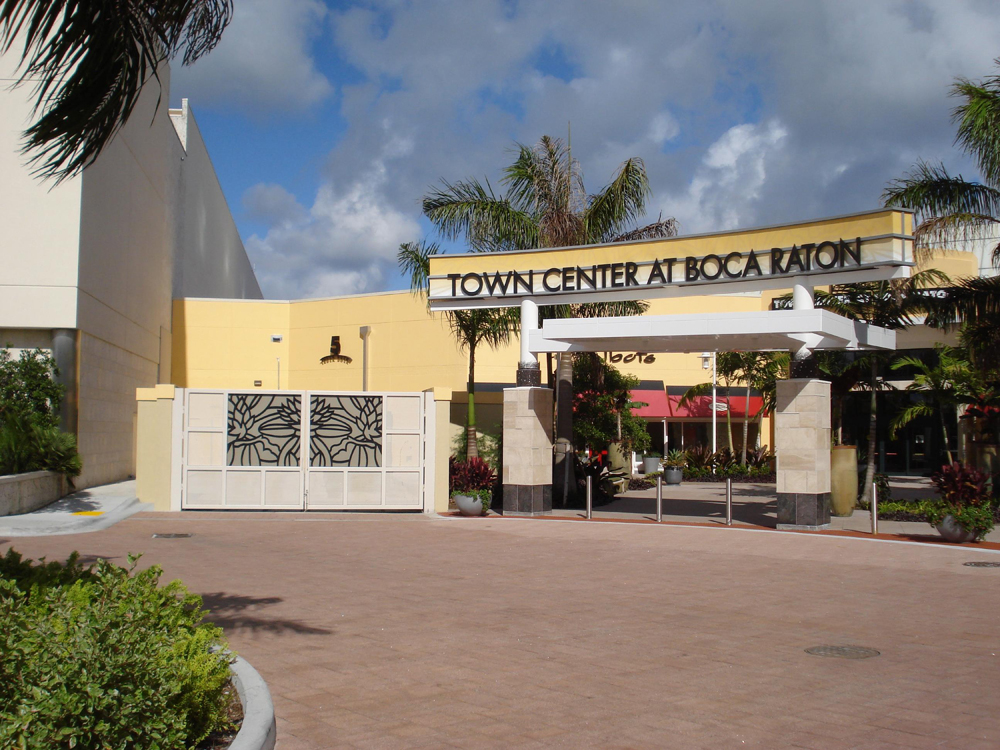 Located in Palm Beach County, “Boca,” is known for its affluent social community and high income demographic.  Before embarking upon our amazing dinner at Legal Sea Foods, we explored the different shopping options.

The Town Center (http://www.simon.com/mall/town-center-at-boca-raton) on Glades Road is considered to  one of South Florida’s top luxury shopping destinations. It features an outstanding mix of upscale and elite specialty shops and a  lineup of six department stores – Neiman Marcus, Saks Fifth Avenue, Nordstrom, Macy’s, Bloomingdale’s and Sears. Among the 220 stores at Town Center, you will find The Apple Store, Tiffany & Co, Louis Vuitton, Tory Burch, Lilly Pulitzer and many more. Parking options are more than ample, including three parking decks and valet stations. Conveniently located off I-95 and Glades Road, you’ll find just what you need and more.

Mizner Park (www.miznerpark.com) is an upscale lifestyle center in downtown Boca. Besides upscale shops, Mizner is also composed of rental apartments and offices. The Centre for the Arts at Mizner Park is a cultural center on the north end of the development, which is embodied by an amphitheater and the Boca Raton Museum of Art. The art museum, Victor’s Antiques & Fine Arts, Addison Gallery and the luxurious iPic movie theater are the center’s anchor stores, along with highly rated restaurants Max’s Grille, Villagio, and Truluck’s. Cooper Carry designed the architecture of Mizner as a Mediterranean revival town center. Previously, the site of Mizner Park was a conventional enclosed shopping center called Boca Mall, which opened in 1974 and was redeveloped 18 years later.

The Sample Road Festival Flea Market (www.festival.com) is actually located nearby in Pompano Beach. It is actually the country’s largest indoor flea market, featuring over 500 unique stores under one roof! Aisle by aisle you’ll find everything you ever wanted and specialty items you only dreamed of finding. You can enjoy casual dining in the international food court and a retail shopping experience like no other.  The complex is a quarter-mile long.

DINING OUT:  Legal Sea Foods (www.legalseafoods.com) is located in the  Town Center on Glades Road. At one time there were also Legal locations at the Sawgrass Mills mega-mall and in West Palm Beach. The Boca franchise is strong, popular and extremely well run.

The chain was born in 1950 when George Berkowitz opened a fish market in the Inman Square neighborhood of Cambridge, Massachusetts. He opened it adjacent to his father Harry’s grocery store Legal Cash Market where customers were given “Legal Stamps” (forerunners of S&H green stamps) with their purchases. It’s here that the “Legal” name became synonymous with quality and freshness.

In 1968, the Berkowitz family opened its first seafood restaurant, right next to the fish market. The fish was simply prepared, either broiled or fried, and served on paper plates at communal picnic tables. Despite the low-key trappings, the food was second to none and word quickly spread. This early success led to further expansion and now, six decades later with restaurants along the Eastern Seaboard, the family philosophy endures: Legal Sea Foods is a fish company in the restaurant business.

George’s son, Roger, has been at the helm since 1992 and has expanded the business into new markets while maintaining the company’s focus on its proud tradition and core values.   Besides, of course, Massachusetts, there are Legal  locales in Washington Florida, Georgia, Maryland, New Jersey, New York, Pennsylvania, Rhode Island and Virginia.

The Boca restaurant has a really pretty look, complete with a large fish tank.  Make sure to ask for manager Laura Nardi, a veteran of the Legal family who makes it her business to visit every table and even assist in the service. Their selection of fresh seafood  is quite plentiful: swordfish, tuna, salmon, rainbow trout, mahi mahi, snapper, grouper, shrimp and sea scallops. Those members of our family who love lobster truly appreciate the serving method here. They take the lobster meat completely  out of the shell, saving you all of the messy cracking and separation. The choice of sides include mashed potatoes, cole slaw, rice pilaf, jasmine rice, French fries, onion strings, spinach.  Legal’s New England  clam chowder is a wise starter. The same goes for the wedge and classic Caesar salads. There are some great desserts here as well, including the three bon bons – bite size scoops of ice cream dipped in chocolate,