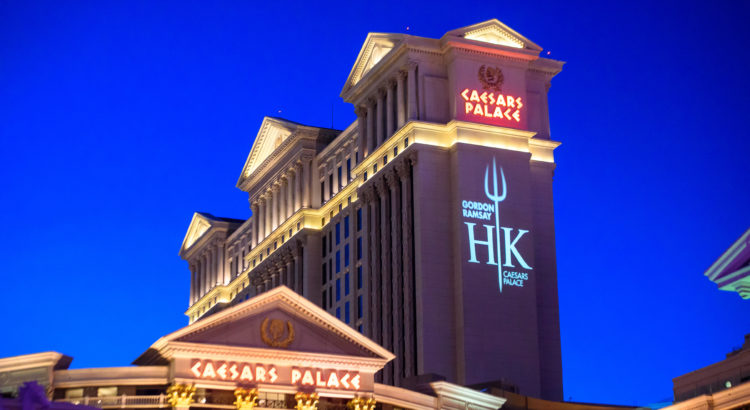 What would a visit to Las Vegas be like without spending some time at the famous Caesars Palace (https://www.caesars.com)? As famous as Las Vegas itself, this spot is perhaps the best-known casino resort in the world.

Caesars Palace spans 85-acres at the heart of the Las Vegas Strip, just 10-minutes from the McCarran International Airport. Walking through the building allows you to experience some of the beautiful architectural designs, inspired by ancient Rome. On this trip, we were fortunate enough to enjoy a day at their pool, as well as a meal at Gordon Ramsay’s Hell’s Kitchen.

Spanning five acres and offering access to seven distinct swimming pools, the Garden of the Gods Pool Oasis at Caesars offers guests a variety of engaging daytime experiences in a truly beautiful setting. At the heart of Caesar’s Palace, the pool complex is situated on three levels and is filled with Roman statues and fountains. Interested in a game of swim-up blackjack? Looking for a relaxing poolside massage? There truly is a pool for everyone.

During our visit, we spent time on incredibly comfortable daybeds at the Temple Pool. With umbrellas available for those who wish to stay in the shade, and plenty of sun for those who do not, the pool truly is a breath of fresh air. Daybed seats are located just steps from the pool, allowing for quick and frequent refuge from the heat of Vegas in the summer. The quality of poolside service at Caesar’s is incomparable—we enjoyed lunch by the pool, including cocktails, grilled cheese sandwiches, and fruit bowls.

Other pools available include Cove Beach, which has a Mediterranean vibe and high-energy music, the Neptune Pool, which includes DJs and large floaties, and The Apollo Pool, offering a more casual atmosphere and poolside games. Take your family to the Jupiter Pool, which has life-sized games, themed floaties, and weekend activities for children. Finally, visit the Fortuna Pool for the swim-up blackjack tables or the Bacchus Pool for a more VIP experience.

HELL’S KITCHEN: The world’s first Gordon Ramsay Hell’s Kitchen Restaurant (www.GRHellsKitchenLV.com) is an experience like no other. Drawing inspiration from the global hit reality television show starring world-renowned Chef Gordon Ramsay, guests will feel like they really are on the studio set.

Located in front of Caesars Palace, the restaurant seats more than 300 guests. The Red and Blue kitchens, similar to the two teams featured on the TV show, serve up modern lunch and dinner menus, including Hell’s Kitchen signature dishes made with the highest quality ingredients.

Gordon Ramsay, known not only for his refined cuisine, but also his TV personality on several hit programs including “Hell’s Kitchen,” “MasterChef” and “Kitchen Nightmares,” has generated worldwide attention and entertained viewers on six continents. By reputation alone, I was certain that this would be an exceptional culinary experience, and I was certainly not mistaken.

Inspiration from the television show is seen throughout the restaurant—the giant signature fiery pitchfork located in front of the restaurant, the life-sized video of Chef Ramsay greeting guests upon arrival, and of course, the menu items themselves. The restaurant opened in January 2018.

Several of the most successful signature menu items and recipes featured on the television show can be experienced during lunch and dinner, including: Pan Seared Scallops, Lobster Risotto, Beef Wellington, Truffle Arancini, Brick Pressed Chicken and Crispy Skin Salmon. Special menu items direct from the show will be added as new episodes air. We also ordered the absolutely delicious rack of lamb and filet mignon. Not to be missed for dessert is the famous sticky toffee pudding—a true highlight.

A cocktail also worth mentioning is the gin-based “Notes from Gordon”, which comes with a scroll printed with a surprise note from Gordon Ramsay himself.

IL MULINO: Our family’s first experience with Il Mulino New York was at their Florida location, found in the Aqualina Resort. We were therefore very much looking forward to visiting this dining establishment again at The Forum Shops at Caesars  (https://www.ilmulino.com/las-vegas)

The best word to describe the dining experience that accompanies every meal at Il Mulino New York is “elegance.” Everything from the ambiance and décor to the quality of the service provided fits within that one word.

Prior to receiving your menu, a cheese steward delivers some delicious Grana Padano to the table. Following this, you are also brought complimentary hors d’oeuvres and several offerings of Italian bread. While there is great pleasure in taking your time in such a restaurant, they also now offer Pre- and Post- Theatre menus, starting at $39 from 5 pm to 6:30 pm and 9:30 pm until closing on Sunday through Friday.

After enjoying some cheese, focaccia, and Italian bread, we began our meal with two delicious appetizers: a burrata and tomato salad, as well as breaded eggplant, stuffed with shrimp and lobster and topped off with cheese and a creamy pink vodka sauce. For our main course, we enjoyed the rack of lamb, as well as our personal favorite: Langostinos served on a bed of mushroom risotto. For dessert, we enjoyed their tiramisu, perhaps the best that we have ever had. The meal is completed with a small glass of limoncello.