A destination once famous – or infamous – as the top U.S. Spring Break haven, Greater Fort Lauderdale today stands as South Florida’s transformation story and one of the most revitalized destinations in the country. During its peak in the mid-1980s, Spring Break in Greater Fort Lauderdale attracted some 400,000 college students over a six-week period, a non-stop party where motel railings were used as pool diving boards and the area’s beautiful golden sand beaches were left littered with beer cans and cigarette butts. 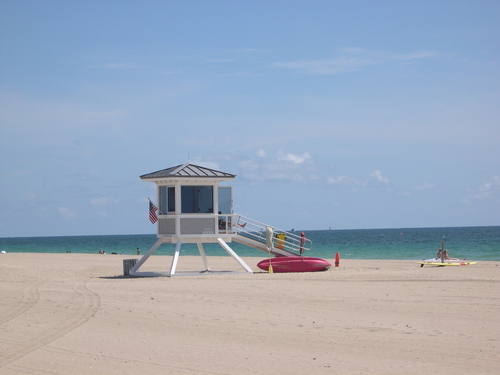 It took a dedicated effort to bid Spring Break adieu. Despite concerns from local businesses that thrived on the annual phenomena, a public and private sector initiative was created to rid the destination of Spring Break for good. The hospitality industry expanded, modernized and improved. Millions were spent on new hotel developments and upgrades. New facilities such as the Broward Center for the Performing Arts and the 600,000-square-foot Greater Fort Lauderdale/Broward County Convention Center were built. Fort Lauderdale/Hollywood International Airport – which now stands as the fastest growing large airport in the U.S. over the past decade – was greatly expanded and Port Everglades emerged as the country’s top luxury cruise port.

Today, Spring Break has been transformed into beach chic. Greater Fort Lauderdale’s Blue Wave beaches – so certified for their outstanding beauty and cleanliness – have been complemented by upscale hotels and a wide variety of top attractions and activities. Casual, yet sophisticated, Greater Fort Lauderdale is South Florida’s renaissance story. Trendy boutiques and luxury retailers line Las Olas Boulevard, Greater Fort Lauderdale’s unofficial “Main Street,” and the upscale Galleria mall is the result of a recent $100 million renovation. More than 60 golf courses make the destination a golfer’s paradise. Attractions such as Butterfly World – the largest butterfly aviary in North America – and the natural wonder of the Everglades bring visitors in touch with nature and native culture. A three-tiered coral reef system and more than 75 wreck sites draw novice and expert scuba divers, while kayaking, parasailing, kiteboarding and snorkeling entertain those looking to stay above water.

The Swap Shop , at 3291 W. Sunrise Bvd is the largest indoor-outdoor flea market in South Florida, featuring an air-conditioned entertainment and food court area and a 14 screen drive-in theatre.

DINING OUT: I must admit that a particular fish restaurant proved to me the real draw. Many people I know had been raving about the 15th Street Fisheries ( www.15streetfisheries.com ) , a Fort Lauderdale legacy since 1979. It is located at Lauderdale Marina (1900 SE 15th Street), providing a spectacular view of the Intracoastal Waterway. In addition to their world-famous award-winning cuisine, the location is by far one of the best in South Florida. You just can’t get closer to the water or to the nautical history of the area. Dine here above the docks where a daily parade of boats keeps the vistas fresh. We sat in a room called “The Porch.” Manager Guillermo Puthon, who just a few years ago worked on the cruiselines, pointed to some large fish swimming below. The large tarpons are fed by customers throughout each day. This is quite a sight, especially at night. Lights have conveniently been installed at the bottom of the water. There are some other pretty fish to view upon your entry. And just in case you wondered, there is no fishing permitted here.

Against miles of open water and sky, the nautical show unfolds. Gulls tip their wings to yachts sailing the calm waters of the Intracoastal. Giant silver tarpon leap along the dock. Boaters in the know tie up at the pier, a favorite table in sight. Winter, spring, summer and fall, the 15th Street Fisheries – just a water taxi ride away -always feels like home.

Emphasizing seafood, the restaurant offers a casual dining environment on the lower floor, featuring sandwiches, oysters and peal and eat shrimp. Upstairs dining is more formal, with an abundance of seafood appetizers and entrees, along with steaks, ribs, prime rib, and chicken as well as exotic foods from around the world and local specialties.

Homemade breads, a specialty, come with a cheese-and-chive spread and they are served by a “bread girl.” Grilled mahimahi and alligator are among the more than 50 entrées. Our servers Rich and Veronica were superb, welcoming us with a unique menu displayed on a large billboard. Rich provided detailed explanations of each dish. We began with salads and some clam chowder and then decided to share an order of stone crabs as an appetizer. For the main course, three of us split a pair of two pound Maine lobsters which were beautifully pre-cut making then dining experience that much easier. The key lime pie for dessert was outstanding.

The 15th Street Fisheries is located on SE 15th Street (of course) in the heart of Fort Lauderdale. From I-95, take I-595 east to US-1 (Federal Highway). Travel north on US-1 for 1.5 miles to SE 15th Street. Turn right and go all the way to the end of the street. You’ll find us inside Lauderdale Marina Reservations are required for dining upstairs. Call 954-763-2777 Valet parking costs $2 at dinner, but it’s free at lunch.

For more information on Greater Fort Lauderdale go to ( http://www.sunny.org )